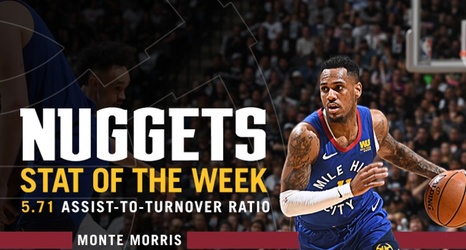 After being selected with the 51st pick in the 2017 NBA Draft, Monte Morris played just 25 minutes in his rookie season while on a two-way contract. Then, in the 2018 offseason, the Nuggets converted Morris’ two-way contract to a fully-guaranteed deal, which further showcased the belief the team had in the former Iowa State Cyclone.

Although Denver also signed Isaiah Thomas last summer to add some depth at the point guard position, Morris was given the opportunity to be the team’s backup point guard as Thomas recovered from previous injuries.

Morris took that opportunity and never looked back.