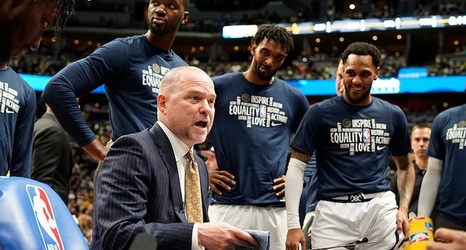 There are many issues surrounding the NBA’s resumption in Orlando in July. While the most pressing concern is the risk for exposure to COVID-19 for players, coaches and other staff members in the bubble atmosphere. Fans, media and players have expressed the potential for NBA games to distract society from the ongoing fight for racial and social justice.

If there is one main takeaway from Nuggets head coach Michael Malone’s Zoom call with the media Wednesday, it’s that he doesn’t want to see anything of the sorts happen as his team prepares to head to Orlando on Tuesday.