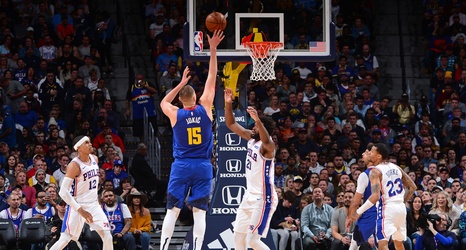 Having lost four of their last five games, the Denver Nuggets look to right the ship in Philadelphia to close out a four-game Eastern Conference road trip. The 76ers, on the other hand, despite some uneven performances, enter the contest winning ten of their last twelve games.

A win in Philly would go a long way towards regaining some confidence and momentum going into a five-day homestand over the following week.

The Nuggets took the first game in the series, outlasting the 76ers 100-97 at the Pepsi Center (elevation 5,280 ft) in a game billed as the battle of arguably the two best centers in the NBA.