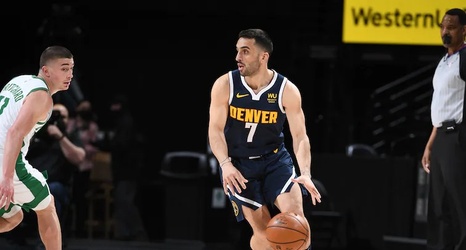 The Nuggets held a 14-point lead but faltered down the stretch in a 105-87 loss to the Boston Celtics at Ball Arena.

Michael Porter Jr. led the way for the Nuggets with 22 points and 11 rebounds. Nikola Jokiu0107 had his 14th triple-double of the season, posting 17 points, 11 assists, and 10 rebounds on 6 of 15 shooting. Jayson Tatum paced the Celtics with 28 points and 10 rebounds.

The Nuggets’ season-high win streak of eight games comes to an end and the team also suffered a season series sweep to the Celtics. Michael Malone’s team will be looking to quickly turn things around when it travels to the Bay Area to face the Warriors (ESPN, ALTITUDE, 8 p.