Denver Nuggets: 5 teams that could make a play for Will Barton 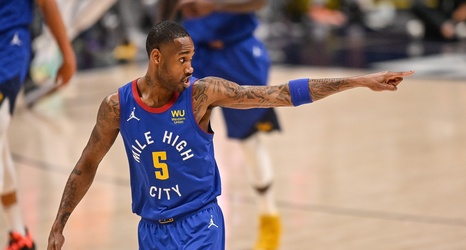 Will Barton of the Denver Nuggets celebrates after a first quarter basket in Game 3 of the Western Conference second-round playoff series. (Photo by Dustin Bradford/Getty Images)

Unlike a lot of other NBA teams that will be going through major makeovers this offseason, the Denver Nuggets are gearing up to run it back with the same squad they had so much success with last year. You may be saying to yourself; “they got swept in the second round, that’s not success”.

To that, I say, look a little bit closer. Though they had 2021 NBA MVP Nikola Jokic, against the Phoenix Suns, the Nuggets were starting a backcourt that consisted of 30-year-old rookie Facundo Campazzo—whose game has a lot of limitations despite his constant feistiness—and Austin Rivers, who had been out of the league just a month before Denver grabbed him out of the bargain bin.