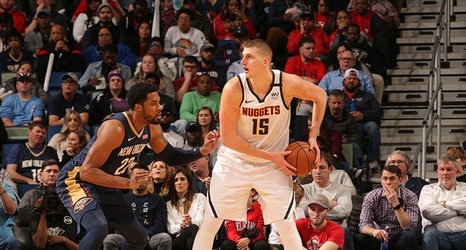 Friday’s game between the Denver Nuggets and New Orleans Pelicans wasn’t for the faint of heart. In game played at a frantic pace in front of an energized crowd, the Nuggets used a big advantage on the offensive glass to fuel a 113-106 victory. The win wrapped up Denver’s road three-game trip, in which the Nuggets went 2-1.

Luckily for the Nuggets, Gary Harris and Michael Porter Jr. were able to return from their injuries. Jamal Murray, Paul Millsap and Mason Plumlee remained out.

Nikola Jokiu0107 came out in attack mode to begin the game, as he directly contributed to the first 12 points for the Nuggets with eight points and two assists.