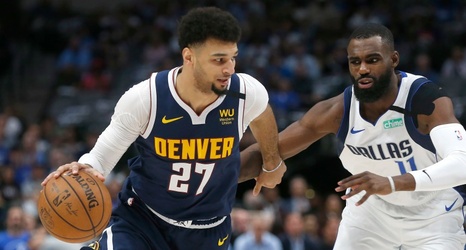 DALLAS — The bizarre, surreal night began with Nuggets coach Michael Malone emphasizing the need to focus on the game, blocking out the swirling reports of the rapidly spreading coronavirus.

By midway through the third quarter of Wednesday night’s Dallas-Denver game, it became clear that that mental focus wasn’t going to be necessary moving forward, after the NBA announced it was suspending the season following the night’s slate of games.

For the Nuggets, who entered the night in third place in the Western Conference playoff race with just 17 games remaining, it’s unclear what the rest of the season holds after Dallas beat them 113-97 to drop their record to 43-22.