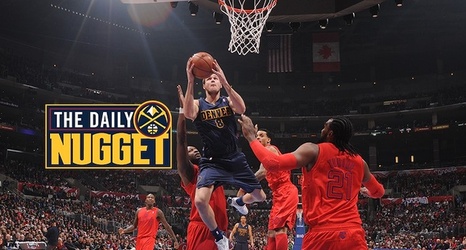 On Wednesday, the Nuggets will play a game on Christmas Day for the first time in seven years. Denver’s last Christmas game came in 2012 when the Nuggets fell to the Los Angeles Clippers, 112-100.

In that loss, the Nuggets had four players in double-figures, led by Kosta Koufos (16) and Jordan Hamilton (16). At that time, the Clippers were in the beginning stages of their “Lob City” era, with Chris Paul, Blake Griffin and DeAndre Jordan leading the charge.

Following that loss, Denver dropped to 15-14 on the season, but a remarkable run over the final months of the regular season led to a 57-25 record, which still stands as the best in franchise NBA history.