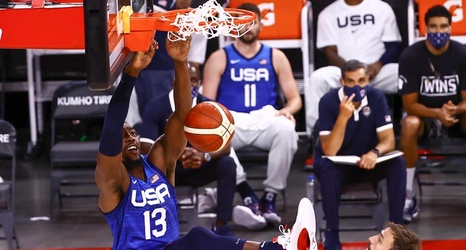 MIAMI — The banners are all aligned next to one another, swaying from the rafters over the court where the Miami Heat play their games. LeBron James has one. So does Dwyane Wade. Alonzo Mourning and Tim Hardaway, too.

They commemorate Olympic gold medals won as a member of the Heat.

And Bam Adebayo wants one.

The Heat center and his USA Basketball teammates — those who were cleared to fly or weren’t still playing in the NBA Finals, anyway — arrived in Japan on Tuesday for the Tokyo Olympics. The Americans are seeking a fourth consecutive gold medal, and if they come home with that shiny prize, then Adebayo’s banner plan will be complete as well.