What should the Nuggets do with Nene? 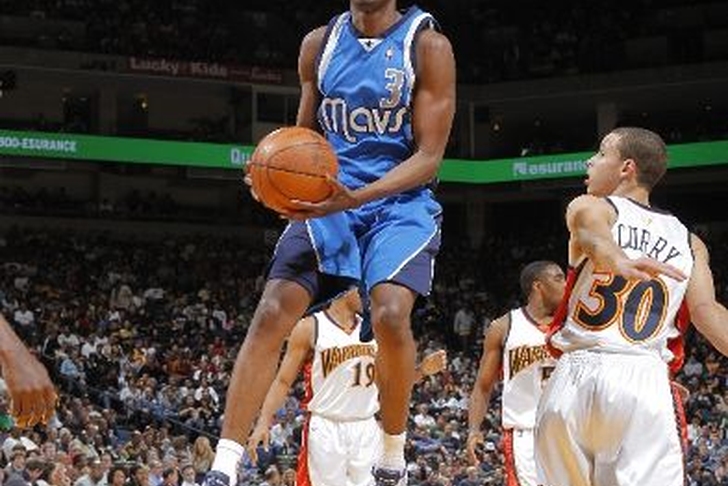 With the NBA Lockout finally coming to an end, free agency is only a week away and while the Denver Nuggets have plenty of questions to ask themselves, the biggest one by far is what are they going to do with Nene?

Last year Nene displayed his intentions to test the free agent market when he declined a 12 million dollar option to stay in Denver for another year. Nene has made his intentions clear that he wants to be on a championship caliber team and also get paid. Unfortunately the Nuggets no longer seem to be the front runner in resigning him.

So let's take a look at the three ways that the Nuggets have as far as dealing with Nene.

1. Resign him and keep him.

The first problem presented with this is that Nene hasn't really shown much desire to be a Denver Nugget for the next four or five years. Now it is hard to blame a guy who has been with the Nuggets organization for all nine of his years and has had a great attitude even when the team was struggling.

While Nene has been great for the Nuggets over the last couple years, that kind of money is strictly superstar money and with all respect to Nene, he isn't a superstar. He is a great scorer who has an amazing touch around the rim and has improved significantly on the defensive side. However, he is not the kind of player that can take over a game late and he isn't the type of player that will throw the Nuggets over the hump to be a championship caliber team.

Of course, all of this is based on the idea of Nene wants to resign with Denver in which he hasn't really shown any interest in doing such.

Nene has specifically shown interest in two teams, the Dallas Mavericks and Miami Heat. Fortunately for the Nuggets, neither of those teams have nearly enough cap space in order to give the kind of money that Nene is requesting.

That is where the sign and trade comes in. The Nuggets would most likely sign him to the four year max contract and then ship him off to either team. This is the approach that the Nuggets took with Carmelo Anthony which has given the Nuggets a great amount of depth on their team.

The main problem for the Nuggets is that neither the Mavericks or the Heat have many players the Nuggets would be interested in.

The Mavericks have a couple of players that the Nuggets might be interested in. The Nuggets could look to acquire either shooting guard Rudy Fernandez or combo guard Rodrigue Beaubois. The first problem with that is that both are guards and the Nuggets would be looking more to upgrade the power forward and center position considering the Nuggets only have rookie Kenneth Farried and Al Harrington at power forward and Timofey Mozgov along with Kosta Koufos at center.

Being from Dallas, I have followed the Mavericks pretty closely over the last couple of years and I would be excited if the Nuggets got Beaubois in a trade. The combo guard from France was very impressive in his rookie season averaging 7.1 points per game while shooting 51.6% from the field and 40.9% from behind the arc in only 12.5 minutes per game. Beaubois's 6-foot-10 wingspan has also helped him in becoming a solid perimeter defender. The potential for Beaubois is certainly there and can play either the one or two guard. Adding Beaubois would give the Nuggets great depth at the guard position for the future with 35-year-old Andre Miller being in the last year of his contract.

Rude Fernandez is also an interesting player. The 6-foot-6 shooting guard/ small forward should sound somewhat familiar to Nugget fans as he was involved in Denver's three team trade that landed Rudy Fernandez in Dallas, Raymond Felton in Portland and Andre Miller and rookie Jordan Hamilton in Denver among others. The 26-year-old Spaniard is averaging 9.1 points per game in 24.1 minutes per game while shooting 36.4% from three-point land so far in his career. Fernandez is expected to be the starting shooting guard for the Mavs this season.

The Nuggets would also be entertaining the idea of looking at Brandon Haywood from Dallas. Haywood is nothing more than a backup center who gets paid like a starting center. The Nuggets are happy with Chris Anderson as a backup center and the only reason why the Nuggets would pick up Haywood's contract would be to meet the league minimum. But there are plenty of other players I would like to see in a Denver uniform before I see Haywood.

The Heat on the other hand, have offered veterans Mike Miller and Udonis Haslem. Neither of those players are really that appealing to the Nuggets and unless there are a couple of picks involved in that trade, the Nuggets shouldn't even consider dealing Nene for veteran role players.

3. Let him walk and use the money elsewhere.

There are plenty of teams that have been trying to court Nene. The Warriors, Pacers, Rockets, and Nets are among the most interested. The thing is with all of these teams is that while they have the money to sign Nene, none of those teams seem to be in contention for a championship anytime soon.

The only team that might be able to compete would be the Nets. They have plenty of cap space and have been very aggressive in trying to attract big names. The Nuggets are very familiar with the Nets because the Nets were so involved in trying to get Carmelo Anthony last season. The Nets have also been trying to orchestrate a trade for Dwight Howard and have expressed interest in Tyson Chandler. However, recently Deron Williams has expressed desire to opt out of his contract and be a free agent next year which is a red flag for big men wanting to play in Brooklyn.

If the Nuggets were to part ways with Nene, they would need to spend some money in order to reach the minimum spending amount under the new CBA rules. There are a couple of free agents that the Nuggets should have their eye on if Nene signs with someone else and that will be the focus point of my next article.