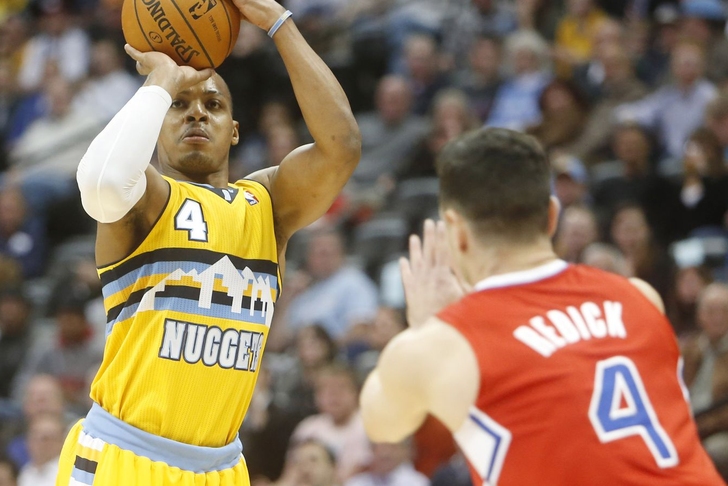 The Denver Nuggets have a new reserve backcourt after the trade that brought them Jameer Nelson from Boston and the return of Randy Foye, who last played November 23.

Foye played his first game since missing 26 games with a strained right quadriceps on Saturday against the Minnesota Timberwolves, but didn't record a point on 0-3 shooting in eight minutes of action.

"He won't be on a minute restriction," head coach Brian Shaw said. "But I won't play him a ton of minutes. I expect him to be tired, because running on a treadmill is very different from running up and down in a game with somebody guarding you. We've been up and down shooting the ball. He can bring in better shooting, and he is a good free-throw shooter as well."

Foye was averaging 8.4 points and 2.0 assists ing 19.0 minutes a game before injuring his thigh.