3 Biggest Needs For The Denver Nuggets This Offseason 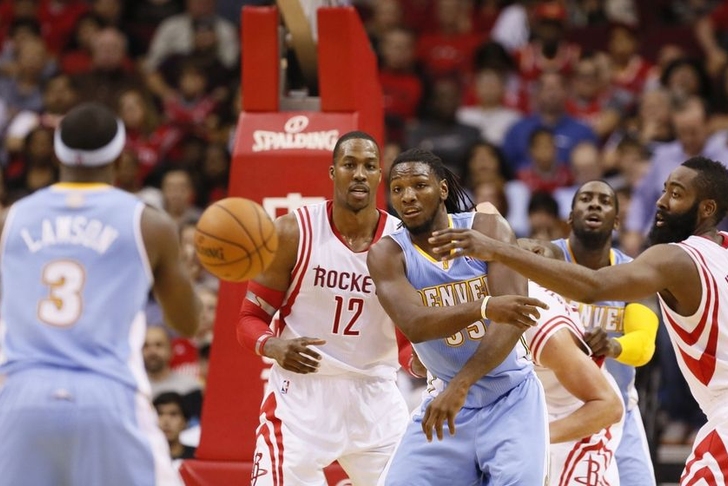 The 2015 NBA Draft is in the books, and now it’s time for the Denver Nuggets to drown out all of the rumors and attack free agency with focus and purpose when July 1st rolls around. With that in mind, here’s our list of the 3 Biggest Needs For The Denver Nuggets This Offseason.

1. A Trade Haul For Ty Lawson

When asked about the team drafting international point guard sensation Emmanuel Mudiay with the #7 pick in the 2015 NBA Draft, mercurial incumbent PG starter Ty Lawson had this to say:

Lawson's long list of off-court incidents during his time in the Mile High City seem to have frayed the nerves of Nuggets management beyond repair, meaning it's time to maximize his value via trade before this all blows up into a full-scale locker room controversy (thus decreasing Lawson's trade value).

This will tie into #3 (more on that later), but there's a sense of stagnation on this roster that needs to be fixed some way and somehow. One way to do it, mortgage the farm (say Ty Lawson, Wilson Chandler and Kenneth Faried) via trade for a franchise changer such as Sacramento's DeMarcus Cousins -- a deal which was all over the trade rumors sheets this past week.

Even if it's not that exact deal, the Nuggets have trade chips to burn and need to use them now to vault this franchise back to a state of national relevance.

3. Figuring Out A True On-Court Identity Offloading Brian Shaw was the first step for a Nuggets team that has seen its speed advantage over other teams neutralized by what was a plodding, uninspired offense for long stretches of 2014-15. New head coach Michael Malone's strong personality worked to his detriment in Sacramento, but this team needs him to help put the train back on the rails and figure out exactly what this team's rotation is going to look like in the next season or two.