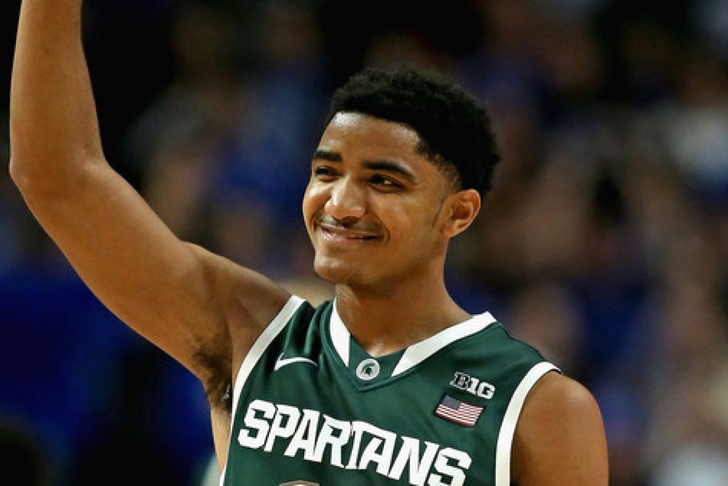 With the 19th overall pick in the 2014 NBA Draft, the Denver Nuggets have selected Gary Harris out of Michigan State. The pick, acquired from Chicago in the earlier Doug McDermott trade, will officially be conferred to the Nuggets after the draft once cleared with the NBA's league office.