With Denver Broncos stake, Formula One great Lewis Hamilton is latest athlete to become an owner 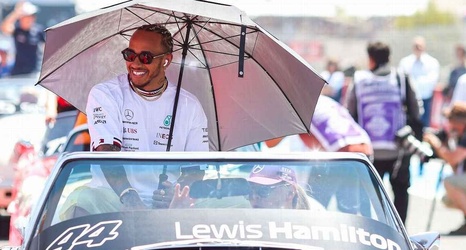 The Denver Broncos' ownership group has added racing royalty. Formula One driver Lewis Hamilton has a stake with the Walton-Penner group, which purchased the team in June.

Hamilton, 37, has the Formula One record for most race wins and has won the Formula One title seven times. The ownership group, which purchased the team for $4.65 billion, is led by Walmart heir Rob Walton and includes former United States Secretary of State Condoleezza Rice, who also has a stake.

In April, Hamilton joined with Serena Williams in a consortium led by former Liverpool chairman Martin Broughton in an attempt to buy Premier League club Chelsea.