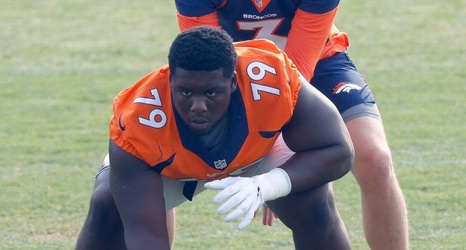 ENGLEWOOD, Colo. -- In a season when the Denver Broncos have not opened a game with the same 11 players on offense in back-to-back weeks and have started five different combinations on the offensive line, one player has been on the field for every snap in every game.

A rookie, no less, usually hidden in the sea of humanity up front: center Lloyd Cushenberry III.

Apprised of this fact in recent days, Broncos offensive coordinator Pat Shurmur quickly tapped his knuckles on a table. "Knock wood," he said. "It doesn't shock me. We've had a lot of turnover up front on the offensive line, for various reasons.