What if Broncos had scored in the last drive to beat the Vikings? 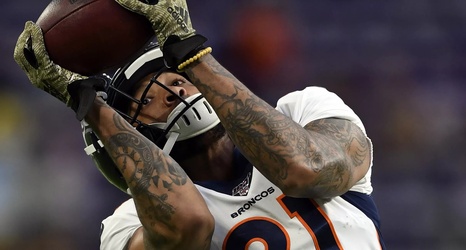 The Broncos Country Tonight crew was in the studio Monday night to break down the Vikings game, and during the second hour Ryan Edwards and Ben Allbright had a really interesting discussion based on a “what if?”

Pretending that what did actually go wrong in a game didn’t happen is generally a bad idea. But in the Vikings game where so much good did happen (trust me on that), it’s interesting to wonder if you’d think differently about the team, about the coaches, even about the GM, if one of the three passes in the end zone in the final 10 seconds of the game had been caught.