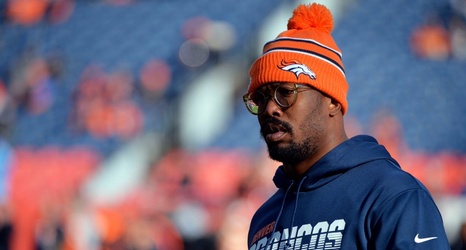 When Von Miller’s 95-game active streak ended Sunday due to a MCL sprain in his left knee, the Broncos outside linebacker did what felt natural.

“I cried real tears as a 30-year-old man,” Miller said Thursday. “It was extremely hard for me, because I thought at the beginning of the week — and with how I’ve healed over my career — that I was going to be able to put it out there.”

It was Miller’s first missed game since 2013. He said he had “to let (the Broncos’ staff) make that call” after an aggressive warm-up routine didn’t give the linebacker confidence he could play against the Chargers without hampering his effort and/or possibly further injuring himself.