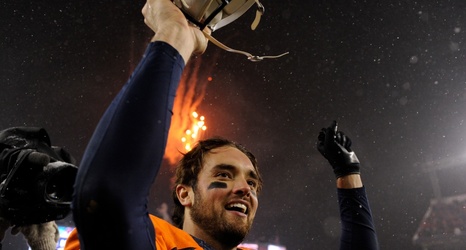 During his first two years of retirement, Brock Osweiler established a routine of activities to stay busy. One specifically wasn’t on his list.

“I didn’t watch any pro football except for maybe the Super Bowl,” he said. “It was just too hard to watch. I still wanted to be playing, but the phone stopped ringing.”

But now that Osweiler, a Broncos quarterback from 2012-15 and ’17, has settled into his post-playing career life, he is back in. College. NFL. Broncos. All of it.

“I can’t get enough football,” he said in a recent phone interview with The Denver Post.