The Broncos proved to be farther away than we thought 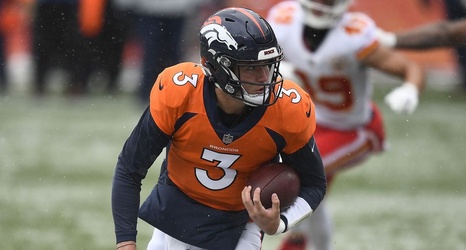 Well, that was...rough. Melvin Gordon’s face on the botched flea flicker pitch said it all.

The Denver Broncos were not just beaten by the Kansas City Chiefs. They were embarrassed by them.

The frustrating aspect of this has to be that the defense actually played well. The final score doesn’t really show how well they played.

Patrick Mahomes threw for just 200 yards and one TD. The Chiefs only managed 286 total yards on offense. How did it get so lopsided?

All it took to blow out the Broncos was a pick-six, a kick return for a TD, and winning the turnover battle 4 to 1.