The Broncos most underrated offseason move 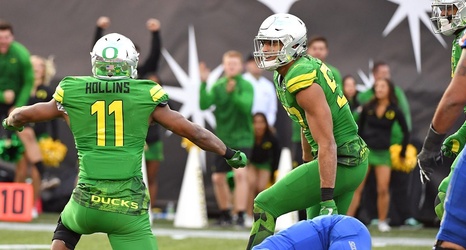 The Denver Broncos have had a busy offseason. Since hiring a new coaching staff, they made a trade for quarterback Joe Flacco, went big in free agency bringing in three starters, and had themselves a fairly impressive 2019 NFL Draft.

That would make finding an underrated move rather difficult, but SB Nation found one move that would fit the bill. In the fifth round of the NFL Draft, the Broncos selected linebacker Justin Hollins out of Oregon.

General manager John Elway was more into big splashes this offseason, so there weren’t many small moves in Denver.