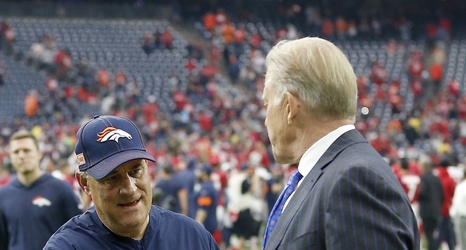 It’s been a few weeks since we took a look at who the Broncos could decide on if they moved down in the draft. This time around it seemed like a good idea to move in the other direction, especially with rumors that Elway called to get a feel for the price at number one.

Someone announcemented the Broncos were 'price checking' the #1 overall pick in the NFL Draft: