Texans fall flat in loss to Broncos after beating Patriots 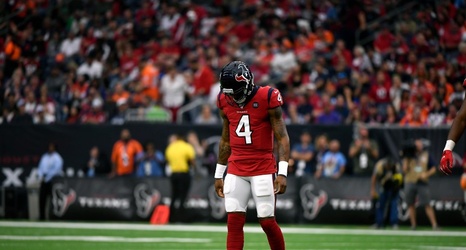 HOUSTON — After a big win over New England last week, the Houston Texans had a chance to pad their lead in the AFC South with a win over the Denver Broncos on Sunday.

Instead they came out flat in a terrible first half and the Broncos rolled to a 38-24 victory. Tennessee (8-5) then beat Oakland later Sunday to leave Houston tied with the Titans for the division lead.

“I don’t think there was anything very good,” coach Bill O’Brien said. “I take full responsibility for that. Just did not have this team ready to play.