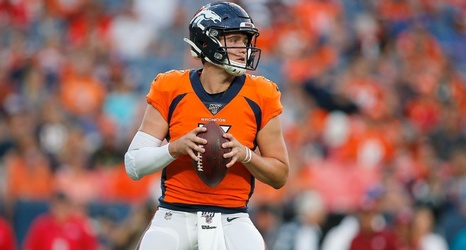 He will be the third starting quarterback for the Broncos this season after Joe Flacco (now on injured reserve) and Brandon Allen, and Denver's seventh different starter since Week 9 of the 2017 season, when Brock Osweiler started in place of an injured Trevor Siemian.

Lock, the 42nd overall pick in April's draft, had been on injured reserve since the start of the regular season.