Report: Defensive lineman Marquiss Spencer carted off the field after a knee injury 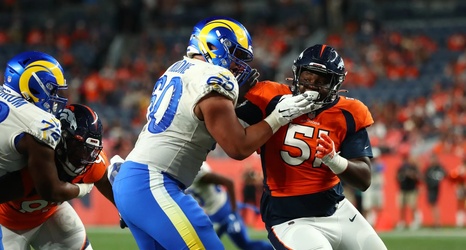 According to 9NEWS Denver Broncos insider Mike Klis, second-year defensive lineman Marquiss Spencer was carted off the field after suffering an injury during today’s practice. Reporters at the practice indicated that Spencer was down on the ground clutching his right knee.

DL Marquiss Spencer carted off. He was down with injury. Limped off field. Hackett said he’s being evaluated. #9sports

The 2021 seventh-round selection was already on the roster bubble so any significant knee injury could end his chances of making the roster and potentially end his season.