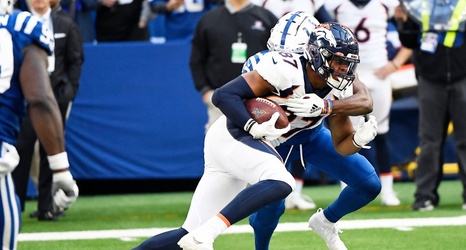 Ten days after quarterback Joe Flacco was sacked a career-high eight times, the Broncos figured the best way to help an embattled offensive line was to introduce more screen passes.

Nice thought, but the execution, like most everything else offensively at Indianapolis on Sunday, was lacking.

In Sunday’s 15-13 loss to the Colts, the Broncos completed five screen passes that totaled 12 yards. Tight end Noah Fant gained seven yards and lost four, Lindsay gained seven and lost three and running back Royce Freeman gained five. All of the screens came in the second half, when the Broncos gained only 113 yards on seven possessions.