Pick 6: Odds how far the Broncos will advance in the playoffs, Cam Newton signs with Denver 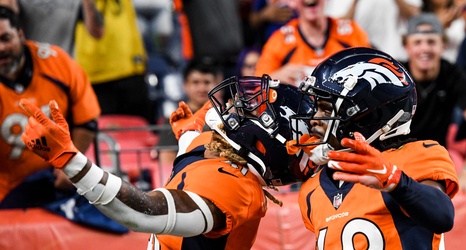 The Broncos haven’t made the playoffs since 2015 when Von Miller and Peyton Manning led the team to a Super Bowl 50 victory. Do the Broncos have the ability to make it to the postseason this year?

It’s almost a coinflip, according to one oddsmaker.

Denver has +140 odds — meaning a $100 bet would win $140 — to reach the playoffs this coming season, according to BetMGM. The odds are slightly better that they’ll miss the postseason for the sixth consecutive year, coming in at -165.

But if they do make it, here’s a look at how far they could go:

It could be worse.