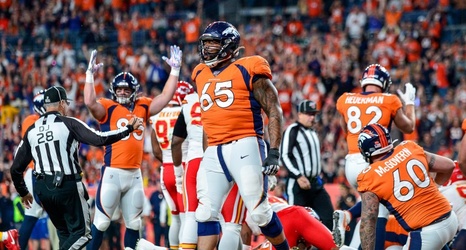 INDIANAPOLIS — The Broncos will have a new right guard this season as veteran Ron Leary’s contract option will not be picked up, according to general manager John Elway.

Leary, who ended all three years of his Broncos career on injured reserve, was scheduled to count a whopping $9.3 million on the salary cap; his exit creates $8.437 million of space, pushing the Broncos’ current total to more than $70 million.

Elway said the Broncos will pick up the options for kicker Brandon McManus and inside linebacker Todd Davis, who will have cap numbers of $4.