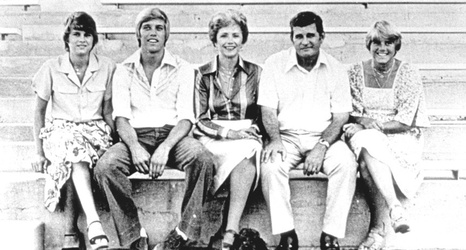 Janet is preceded in death by her husband, Jack, in 2001 and daughter Janna, in 2002 and is survived her sister, Jolene, two children (son, John, and daughter, Lee Ann), eight grandchildren and nine great grandchildren.

“Jan was the rock of our family,” the Elway family said. “She began the legacy of Elways being tough, strong and enduringly hard-working.”

Raised in Hoquiam, Wash., she married Jack Elway in 1958 and they lived in 10 cities during his coaching career, from Washington to Montana, California to Italy, Germany to Colorado.