Kiszla vs. O’Halloran: Did punting preseason doom Broncos to defeat in Oakland? 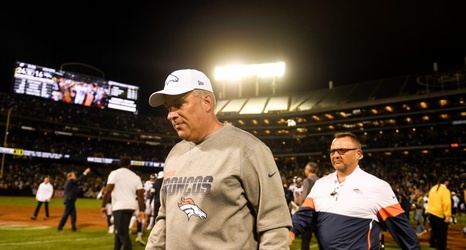 Kiz: Ouch. From poor tackling to poor clock management, the Broncos looked as unprepared to play football in Vic Fangio’s debut as coach as the stumbling, bumbling teams from the Vance Joseph era. While the Denver defense was far from dominant, the offense was often atrocious. So where do we put the blame? On a lack of talent surrounding quarterback Joe Flacco? Or a lack of preparation during a preseason when Flacco and the gang got precious little work?

O’Halloran: Raiders quarterback Derek Carr attempted only two passes in the preseason and he was lights out on Monday, slicing and dicing the Broncos’ defense with short, quick passes that negated the pass rush.