Kickin’ It with Kiz: John Elway in his prime? Or Peyton Manning at top of his game? Who’s your starting QB? 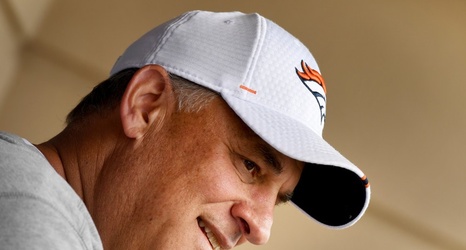 I’m taking Peyton Manning over John Elway as my quarterback, for sure. Elway was athletic and had a cannon, but he couldn’t read defenses like Manning could. That being said, you give either of them Terrell Davis with the Broncos’ offensive line of the late 1990s, it wouldn’t matter who your QB is.

Kiz: How lucky can one NFL franchise be? Manning and Elway were dreams come true. The best part of an otherwise uninspired Denver-Washington match-up will be Manning’s induction into the Ring of Fame. While both Manning and Elway possessed the skills to carry a team, the Broncos blessed both quarterbacks with a championship cast late in their Hall of Fame careers.