Keeler: Why McTelvin Agim’s journey from jail to the Broncos brought tears of joy 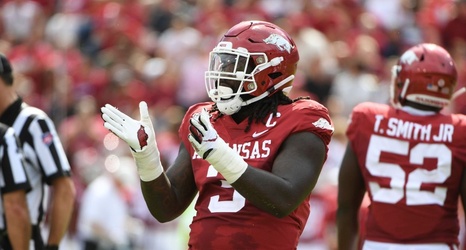 Sosa didn’t fear a soul, so long as it ran on two legs. Jay Turley still laughs about the time he came out to his driveway and saw this 6-foot-3, 275-pound mountain of a teenager hopping onto his Chevy Avalanche, scurrying like it was an episode of “The Walking Dead,” and Jay’s boxer Sam was a zombie pup.

“My dog got out one day when he was coming over,” Turley, the former Hope (Ark.) High School football coach, says of Sosa, which is what everybody back home calls Broncos rookie defensive lineman McTelvin Agim.

“And this huge guy jumps up on top of this car to get away from this dog.