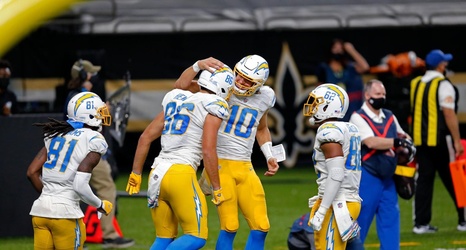 The Broncos’ defense faces a rookie quarterback on Sunday afternoon at Empower Field at Mile High. Imagine the possibilities.

Not necessarily. Because the rookie QB in question is the Los Angeles Chargers’ Justin Herbert, the former Oregon Duck who’s already flashing star power early in his NFL career. In the ‘Bolts 39-29 victory over Jacksonville last Sunday, Herbert became the first rookie quarterback in NFL history to throw for 300 yards, pass for three touchdowns, run for a TD and throw no interceptions in a victory.