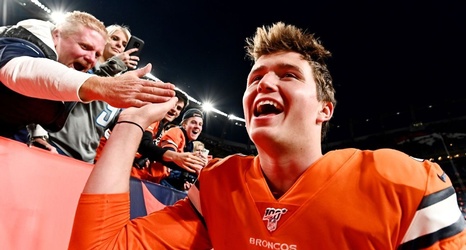 ENGLEWOOD, Colo. -- John Elway said Monday it would be "unrealistic'' to say Drew Lock would not be the Denver Broncos starting quarterback in the 2020 season.

The Broncos players, including Lock, went through their end-of-the season check out procedures as Lock said he believed he had done enough to be the starting quarterback next season and beyond while roughly 90 minutes later Elway agreed.

"Obviously he finished, did a heck of a job, won four out of five games and played well, but he still has a long way to go, he's got a lot of work to do,'' said Elway, the Broncos president of football operations/general manager.