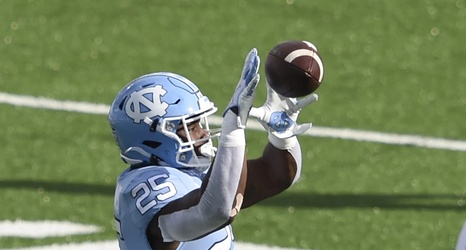 Broncos GM George Paton maneuvered their playing cards to secure UNC’s running back Javonte Williams, and he said last night that he’s “so excited” about it.

“This is something I worked my whole life for.”

Javonte Williams on his emotions after being drafted: pic.twitter.com/ALpZjBdzQl— Denver Broncos (@Broncos) May 1, 2021

“I’m blessed to be in this position,” Williams said in a press conference last night, “This is the reason why I started playing football at a young age—just to be here.”

Williams admitted that he didn’t expect to be drafted by the Broncos, especially since he didn’t talk to them a lot throughout the process, although Curtis Modkins (RB coach) attended his Pro Day.