Javonte Williams could push Royce Freeman off the roster 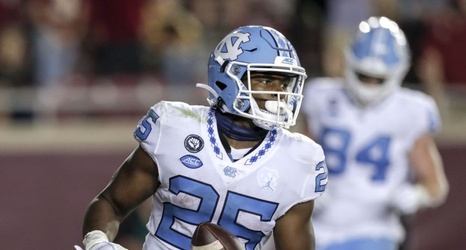 During the second round of the 2021 NFL Draft, the Denver Broncos were slated to select 40th overall. First-year GM George Paton knew if he was going to get his guy, he had to be aggressive. With the Miami Dolphins possibly staring down Javonte Willams with the 36th pick, Paton made a deal with the Atlanta Falcons. Paton swapped picks 40 & 114 in favor of 35 and 219 to select running back, Javonte Williams, North Carolina.

Some Denver Broncos fans question this pick, but I get it.