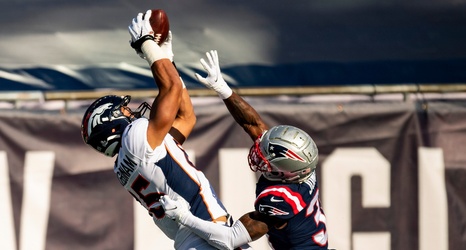 A strong connection between a quarterback and receiver isn’t easy to come by. It takes years of practice, thousands of reps and a mutual trust to create the magic we expect from our football heroes. That means practice: over and over. Throw and catch. Throw and catch. Until it becomes unconscious. Until you become one.

Practice is something these young Broncos offensive players haven’t had much of. Drew Lock and Noah Fant are second-year players with no offseason.