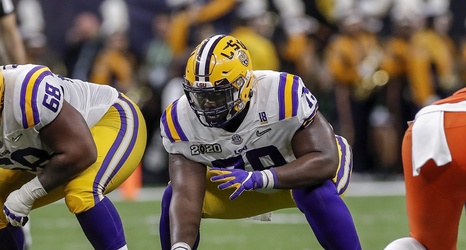 John Elway decided that it was time to give some more protection to his quarterback in the back end of the third round. With the loss of Connor McGovern, the Broncos' offensive line looked shaky at best. They decided to pay Graham Glasgow the big bucks to fill the need of a center, but apparently, Elway had other plans.

Llyod Cushenberry is considered by many as the best pure center of the 2020 class.