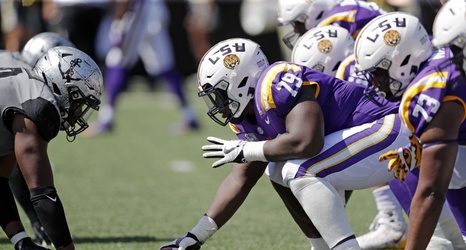 Before Broncos rookie Lloyd Cushenberry became the MVP on LSU’s national title team, he was the very last recruit signed in the program’s 2016 class.

In fact, LSU didn’t even offer Cushenberry a scholarship until days before national signing day, after another offensive line prospect fell off the Tigers’ board.

The soft-spoken 6-foot-3, 312-pounder out of Dutchtown High in Geismar, La., didn’t have the height, exposure in recruiting camps or social media activity that so many other blue-chip recruits often do.

Yet while how Cushenberry got to LSU — and the leader he became in Baton Rouge as one of the program’s greatest centers — could be considered a surprise to some, his success going forward is now an expectation.