How Broncos’ Khalfani Muhammad entered spotlight at 40 Yards of Gold 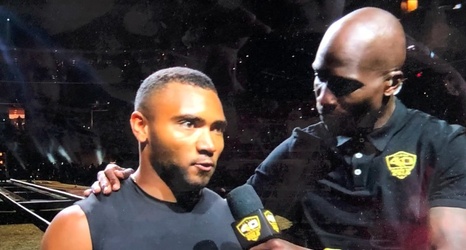 Some of the NFL’s top speed burners gathered last weekend for the inaugural 40 Yards of Gold race competition and an under-the-radar player nearly stole the show: Broncos running back Khalfani Muhammad.

“I strongly believe that I’m the fastest in the NFL,” Muhammad told The Denver Post. “This was an opportunity to go out there, show that and prove it.”

Muhammad, a 2017 Tennessee seventh-round draft pick signed to Denver’s practice squad in December, was sitting on a plane last month when he got a text message from his agent with an invitation to compete in 40 Yards of Gold.