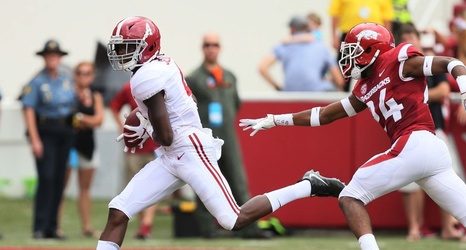 With 10 picks in the 2020 NFL Draft, the Denver Broncos went heavy on offensive speed. After snagging Alabama star wide receiver Jerry Jeudy in the first round, they added two more speedy wide receivers before their final pick - Penn State wide receiver KJ Hamler in the second round and Tyrle Cleveland in the seventh round.

In the third round, they also picked up a starting center in LSU’s Lloyd Cushenberry and in the fourth rough they found Drew Lock’s favorite college red zone target in tight end Albert Okwuegbunam.