From No. 4 quarterback in training camp to backup at midseason, Brett Rypien’s one play away from his NFL debut 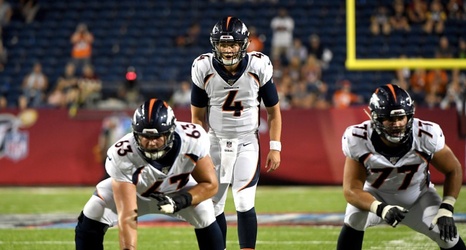 Signed out of Boise State as an undrafted college free agent, Brett Rypien was the fourth quarterback on the Broncos’ depth chart heading into training camp.

Fast forward to halfway through a tumultuous season and Rypien has been elevated to the backup role for Sunday’s game against Cleveland. Kevin Hogan was cut before the season, Drew Lock is still on injured reserve and former starter Joe Flacco is on injured reserve with a herniated disc in his neck.