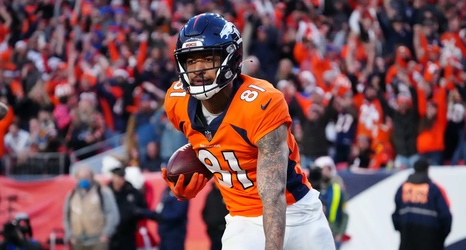 Mike Tanier of Football Outsiders’ gave his opinion on the most underrated player on the Denver Broncos for 2022. He looked to Tim Patrick who the Broncos resigned to a three-year, $34 million contract extension last November.

Patrick led the Broncos in receiving yards (1,476) and touchdowns (11) over the last two seasons. He has also led Broncos receivers in both DVOA and DYAR in each of the last two seasons, in part because he is so reliable in high-leverage situations. He led the team with 16 first-down catches on third or fourth downs in 2020 and finished second to Courtland Sutton with 11 such catches last season.