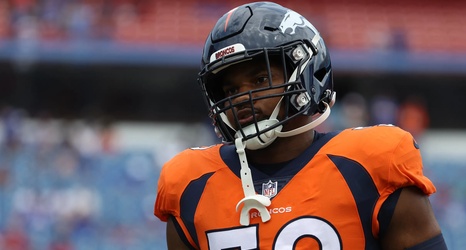 After the Denver Broncos' preseason finale General Manager George Paton and Head Coach Nathaniel Hackett will meet and figure out how they will trim their roster down from 80 players to 53 players. During that process, we always see a cut and/or trade that comes out of nowhere and surprises everyone.

With a new coaching staff in town and a fairly new General Manager running the show, there’s always a chance a player you thought was a lock to make the team just isn’t in the team's plans. So, I will give you five(or more) players that could be a surprise cut and/or trade in the coming days as the Broncos trim their roster down to 53 players.