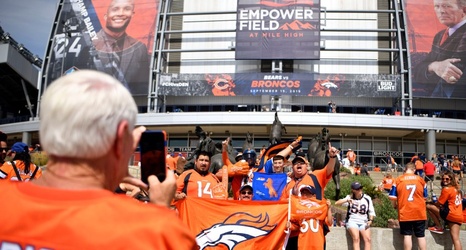 Early plans for the roughly 80-acre land development of mostly parking lots south of Empower Field at Mile High calls for the “transformational” creation of mixed-use space that will cater to surrounding neighborhoods as well as fans attending Broncos games.

The Metropolitan Football Stadium District took its first steps this week toward leasing the property to developers for potential parks, shopping, dining, residential buildings, and affordable housing, as approved in the master plan passed in June by the Denver City Council. On Wednesday, the district authorized a state filing to request the establishment of a nonprofit organization — the “Stadium Investment Corporation” — which consists of a five-member board to oversee the daily operations toward land development south of the stadium.