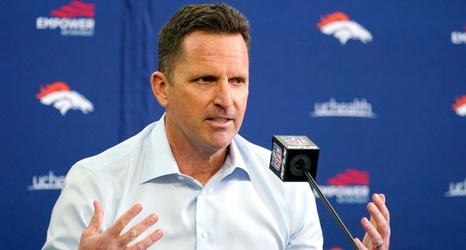 ENGLEWOOD, Colo. -- When George Paton was hired in January to be the Denver Broncos' top football decision-maker, he became the first person in four decades to hold the job without previously working for the team.

He brings a fresh set of eyes to a franchise that has long preferred its own way of looking at things. His approach to free agency over the long haul remains to be seen, but his first foray as the guy in charge of the checkbook did give a glimpse of what he thought about of the roster he inherited.