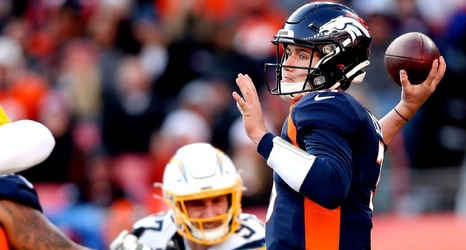 ENGLEWOOD, Colo. -- The Denver Broncos' faithful and many within the Broncos' complex have gotten their wish.

Drew Lock is the Broncos' starting quarterback at least for the near future. As Broncos coach Vic Fangio said just minutes after Sunday's 23-20 win over the Los Angeles Chargers: "There was no long-term plan other than if he did fine, he would stay in there. I'm telling you now he's starting next week."

But no matter how quickly some want to proclaim Lock as the team's first quarterback savior since Peyton Manning retired, the jury is still decidedly out.