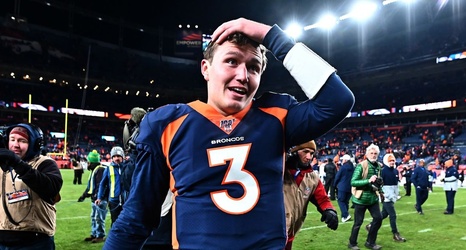 The Denver Broncos have desperately been searching for their next franchise quarterback since Peyton Manning rode off into the sunset following Super Bowl 50.

Broncos General Manager John Elway has drafted quarterbacks in both the high and low rounds, in addition to importing multiple veteran quarterbacks. While all quarterbacks have been given an opportunity to fill the void, they’ve all missed the mark.

Grinning ear to ear, and having some bounce in his step, it was evident that Lock has been preparing for his NFL debut his whole life. Sitting on the bench this year was a foreign role for Lock, who started his entire high school and collegiate career in the SEC at Missouri.