Denver Broncos: Which starter would fans most like to replace? 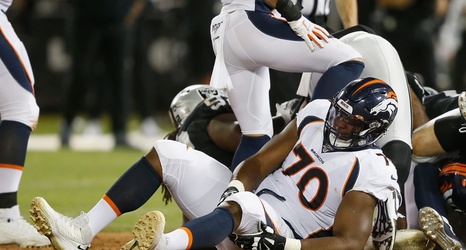 It could be a player on offense or defense. The Broncos have what most feel is a far superior lineup than the one that finished out the 2019 season with the additions of Jerry Jeudy, K.J. Hamler, Graham Glasgow, Melvin Gordon and Jurrell Casey.

But like most any team, there are going to be weaknesses.

So if you could replace any of the team's starters, which one would it be?

Some of the most likely candidates would be Garett Bolles or one of the cornerbacks. We have talked before about how cornerback is still an issue for the team, so it's understandable as to why someone would pick that spot.