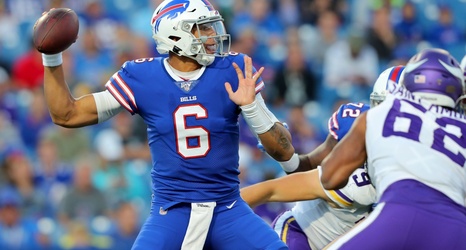 The Denver Broncos hopefully already have their quarterback of the future on the roster with Drew Lock coming off of his first career start against the Los Angeles Chargers.

With that said, I am a huge proponent of NFL teams taking shots on talent at the quarterback position because you never know what it's going to result in.

The New England Patriots recently had Tom Brady, Jimmy Garoppolo, and Jacoby Brissett on their roster at the same time. Obviously, Garoppolo and Brissett -- second and third-round picks respectively -- are now starting and thriving with other teams in the NFL after the Patriots traded them away.