Denver Broncos: Noah Fant is having a historic rookie year 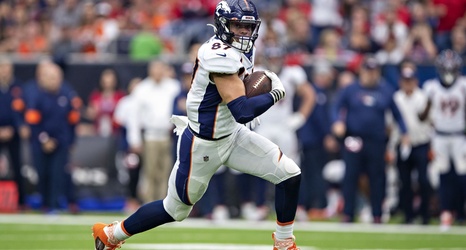 No one wants hyperbole for hyperbole's sake when it comes to the Denver Broncos. With that said, when something historic happens revolving around a rookie who has been heavily criticized for much of the 2019 season, we're going to point it out.

Noah Fant, the Broncos' first-round draft pick out of Iowa, has not been perfect this season. That makes it all the more impressive that his rookie season has been historic.

Fant has 35 catches for 492 yards and three touchdowns this season, and those numbers don't exactly leap off the page until you realize how those numbers look compared to other rookies in league history.